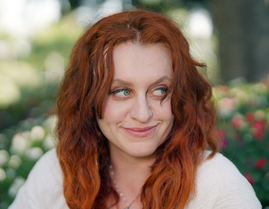 Laya V Smith writes books because she doesn’t know how not to.

Her debut novel, The Lumbermill, won the 2021 Maxy Award for Best Thriller, was a finalist for 2021 IAN Award for Best Debut Novel, and an editor’s pick on BestThrillers.com.

She is also co-author of The Fires of Qaf, a series of epic fantasy romance novels by Eight Moons Publishing.

Other than reading, writing, and researching the past, Laya enjoys stand-up comedy, terrible movies, ugly dogs, red wine, stinky cheese, travel, and spending time with her friends and family. 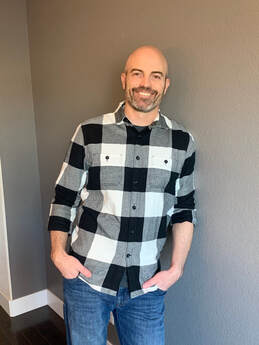 Caleb Stephens is a dark fiction author writing from somewhere deep in the Colorado mountains. His short stories have appeared in multiple publications and podcasts, including The NoSleep Podcast, Chilling Tales for Dark Nights, MetaStellar, The Dread Machine, Nocturnal Transmissions, and more. His dark fiction collection If Only a Heart and Other Tales of Terror is available through Salt Heart Press and includes the short story “The Wallpaper Man”, which was recently adapted to film by Falconer Film & Media. You can join his mailing list and learn more at www.calebstephensauthor.com as well as follow him on Twitter @cstephensauthor. 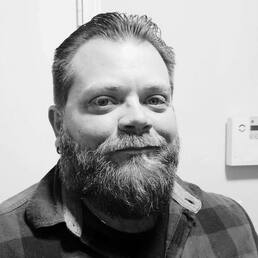 Scott A. Johnson is the Texas-based author of twelve horror novels, a short story collection, a chapbook, and three true ghost story guides. He has an MFA from Emerson college in writing and publishing popular fiction and teaches in both Emerson’s and Seton Hill University’s Writing Popular Fiction MFA programs. When he’s not figuring out ways to terrify, he spends his time functioning as a father and husband, and riding his motorcycle through the Texas hill country with his pug. For more information, visit his website at http://www.creepylittlebastard.com. 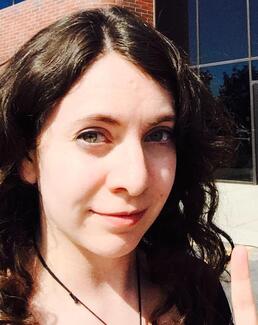 Watching scary movies through split fingers terrified Caryn as a child, and those nightmares inspire her to write now. Her 90-year-old house has a colorful history, and the creaking walls and narrow hallways send her running (never walking) up the stairs. Exploring her fears through writing makes Caryn feel a little less foolish for wanting a buddy to accompany her into the tool shed.

Caryn lives near Salt Lake City, Utah, with her husband and their clowder of cats. She is an active member of the Science Fiction and Fantasy Writers of America, the Horror Writers Association, the Cat Writers Association, and the League of Utah Writers. Visit www.carynlarrinaga.com for free short fiction and true tales of haunted places. 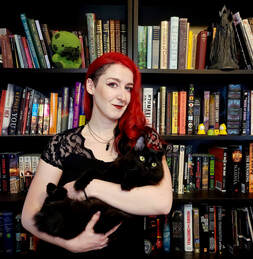 P.L. McMillan is a writer whose works have been known to cause rifts in time and space itself…

Well, not quite. But writing often makes her feel that powerful.

With a passion for cosmic horror and sci-fi horror, P.L. McMillan sees every shadow as an entryway to a deeper look into the black heart of the world, meant to be discovered and explored. Infatuated with the works of Shirley Jackson, H.P. Lovecraft, and Ridley Scott, her dream is to create stories of adventure, of chills, of heartbreak, and thrills.

P.L. McMillan lives in Colorado, with her large selection of teas, her husband, and her two chinchillas (Sherlock and Spuds) – all under the supervision of their black cat overlords, Poe and Zerg. 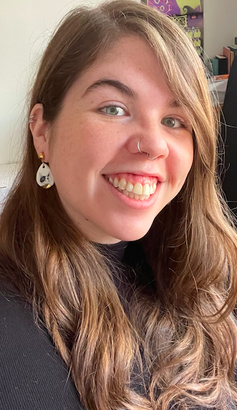 Caitlin Marceau is an author and lecturer living and working in Montreal. She holds a B.A. in Creative Writing, is a member of both the Horror Writers Association and the Quebec Writers’ Federation, and spends most of her time writing horror and experimental fiction.

She’s been published for journalism, poetry, as well as creative non-fiction, and has spoken about horror literature at several Canadian conventions. Her debut collection, Palimpsest, is available from Ghost Orchid Press and her novella, This Is Where We Talk Things Out, is slated for publication by DarkLit Press later this year.

If she’s not covered in ink or wading through stacks of paper, you can find her ranting about issues in pop culture or nerding out over a good book.
​
For more information, or just to say hi, you can reach her through infocaitlinmarceau@gmail.com 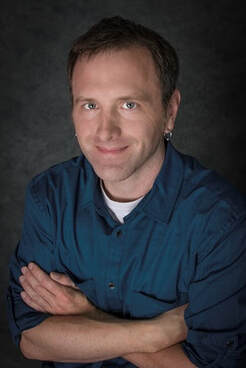 Ken Brosky lives and teaches in the great state of Wisconsin. In addition to having short stories published in magazines like Grotesque and Alfred Hitchcock's Mystery Magazine, he also writes regularly for Suspense Magazine. His favorite horror movie is John Carpenter's The Thing, his favorite band is Nine Inch Nails, and his favorite book is Cloud Atlas.

Find and follow Ken Brosky via his newsletter or his Suspense Magazine column. 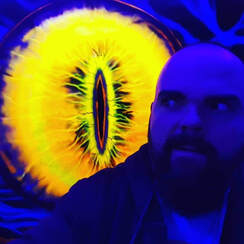 C. M. Forest, also known as Christian Laforet, is the author of They Crawl Within (coming 2022), the short story collection The Space Between Houses, as well as the co-author of the short-story collection No Light Tomorrow. His short fiction has been featured in several anthologies across multiple genres. A self-proclaimed horror movie expert, he spent an embarrassing amount of his youth watching scary movies. When not writing, he lives in Ontario, Canada with his wife, kids, three cats, and a pandemic dog named Sully who has an ongoing love affair with a blanket.

Find him online at ChristianLaforet.com 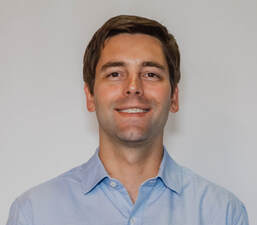 David C. Posthumus is the author of three books and several journal articles and book chapters. His debut horror novel, The Legend of the Dogman, was released by Timber Ghost Press in 2021. Posthumus has published extensively in the fields of anthropology and Native American studies, including All My Relatives: Exploring Lakota Ontology, Belief, and Ritual (University of Nebraska Press, 2018) and Lakota: An Indigenous History (University of Oklahoma Press, 2022, co-authored with Rani-Henrik Andersson). Aside from having the perfect surname for horror, Posthumus loves dogs, the great outdoors, and is a musician and lifelong music lover. He lives in Michigan with his wife and two children.

​
M. Regan has been writing for over a decade, with credits ranging from localization work to short stories to podcast scripts. Fascinated by the fears personified by monsters, they enjoy dark fiction, studying supernatural creatures, and traveling to places rich with folklore.